This is an interactive visualizer that determines whether two vectors are parallel, orthogonal, or neither. First enter the vector u = <7, 2>, and then enter the vector v = <21, 6>. The first thing to determine is if they are perpendicular. If so, they are orthogonal because their dot product will be negative. In our example this is not true because both of the components for each vector sum up to 30 which means that their dot product will be positive (and therefore they are not perpendicular). 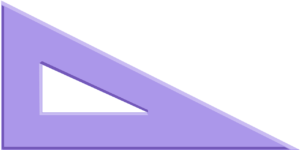 This means that they are neither parallel nor orthogonal and can share some common components but also intersect at one or more points. These types of graphs are called oblique lines and it would be considered a degenerate case for determining whether the vectors were either perpendicular or parallel since both angles sum up to greater than 90 degrees. In our example, this is true because each vector has 180 degree angles on their respective axes so they must satisfy.