When the second Sunday of February arrives it is time to get out the NFL betting spreads and the buffet, because it is Super Bowl Sunday!

Previously held on the first Sunday of February, Super Bowl Sunday (also known as Super Sunday) is the day the championship game is held. Being the most watched program in America, many believe Super Sunday to be an unofficial holiday.

But what does Super Sunday entail? Well, we’re here to give you all the answers so you can celebrate (or be upset) with everyone else.

Ultimately, Super Sunday is about getting together. For many, it is seen as a large party with food, family, and friends. Unless you are one of the lucky few who was able to score tickets to the final.

Typically the person with the largest television and house will host the party. There is always an abundance of food, being the 2nd largest day of food consumption in the US just behind Thanksgiving.

The food is sometimes themed to the teams competing and usually features chips, guacamole, chicken wings, and pizza amongst other classic American foods. Of course, there is a selection of drinks for all ages to go around as well.

When creating a Super Bowl party, most of them take place across the whole day rather than just during the game. This allows for festivities to take place before everyone sits down in front of the screen. Some popular choices for festivities are face painting, casual football games, and grilling.

During the match, you can also play a few games, like drinking games for the adults or commercial bingo.

The half-time shows during the Super Bowl are a tradition and feature the biggest names in music at the time. Some notable performances include Michael Jackson, Katy Perry, Prince, and U2. There is also a significant rise in water usage during halftime as people use the bathroom.

Previously the half-time show consisted of university marching bands and drill teams. Four times the group Up with People also participated in these shows. This changed in the 1990s to more pop-culture-orientated acts to appeal to a larger audience.

There have been a few controversies during the halftime show, such as an incident between Janet Jackson and Justin Timberlake in 2004 where a wardrobe malfunction happened. For the following 6 years since the incident, the number of performers was limited to only 1.

The performers are not paid an appearance fee, there was however one expectation with Michael Jackson. In 1993, the NFL and Frito-Lay agreed to make a donation to Jackson’s charity ‘Heal the World Foundation’ and provide commercial time for it. This was probably because Jackson was one of the first pop culture performers for the halftime show.

As well as a halftime show, there is also a performance of ‘The Star-Spangled Banner’ which has been performed at every Super Bowl but one since 1967. Since 2009, ‘America the Beautiful’ is performed before the anthem with a colorful presentation and a military flyover. There has also been an ASL interpreter since 1992.

Some notable performers were Whitney Houston, Faith Hill, and Renée Fleming. Houston even released her version as a single a few weeks later.

For those who are not interested in football, the commercials are the best part of the Super Bowl. Due to their large reach, Super Bowl commercials are expensive to air so they are usually of a higher quality compared to regular commercials.

Super Bowl commercials have been the source of many pop culture trends and may feature notable celebrities. These commercials need to be memorable to justify the large prices they cost. In 2022, the cost of a 30-second commercial was around $7 million.

Some of the most memorable commercials include the 2010 Old Spice ad, the 1979 Coke ad featuring Mean Joe Greene, and the 1984 Apple ad which began the era of Apple products.

It is impossible to talk about Super Sunday without mentioning the Puppy Bowl. Whichever network is airing the Super Bowl will dedicate the entire day’s programming to it. So it is a gentlemen’s agreement to not air anything that could be of competition. Other networks will have lower viewership on that day so they need low-cost countermeasure programming.

This is where the Puppy Bowl comes into play. The Puppy Bowl has been airing on Animal Planet since the mid-2000s on Super Sunday. It features puppies playing in a model stadium to mimic the Super Bowl with entertaining commentary. Of course, there is also a Kitty Half-Time for those cat lovers out there.

The show aims to not only entertain, but to encourage viewers to adopt shelter animals since they’re featured in the program.

As you can see there are many ways to get in on the fun of Super Sunday, even if you don’t know anything about football. So next time February rolls around, find out where your local Super Bowl party is being held, or even host your own. 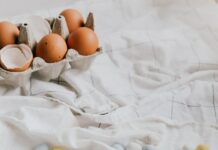 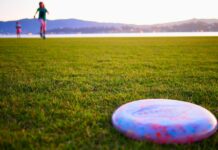